It is with great sadness that we announce that the contest Blanzay, which had existed since 1979, was abolished by a decision of the Board of Races Mulassières.

This competition, the only one taking place in a private area , took place in the historic setting of  Miss Auger’s breed. Augers were great historical lineage breeders of Poitou donkeys and Ms. Auger their last descendant .

At her death in 1989, she had the largest herd as in quantity and quality.

It’s more a piece of living history than a contest which now no longer take place . 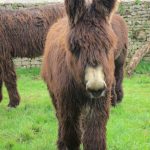 Welcoming Freya at the BreuilNews 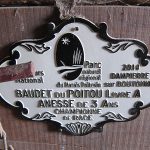